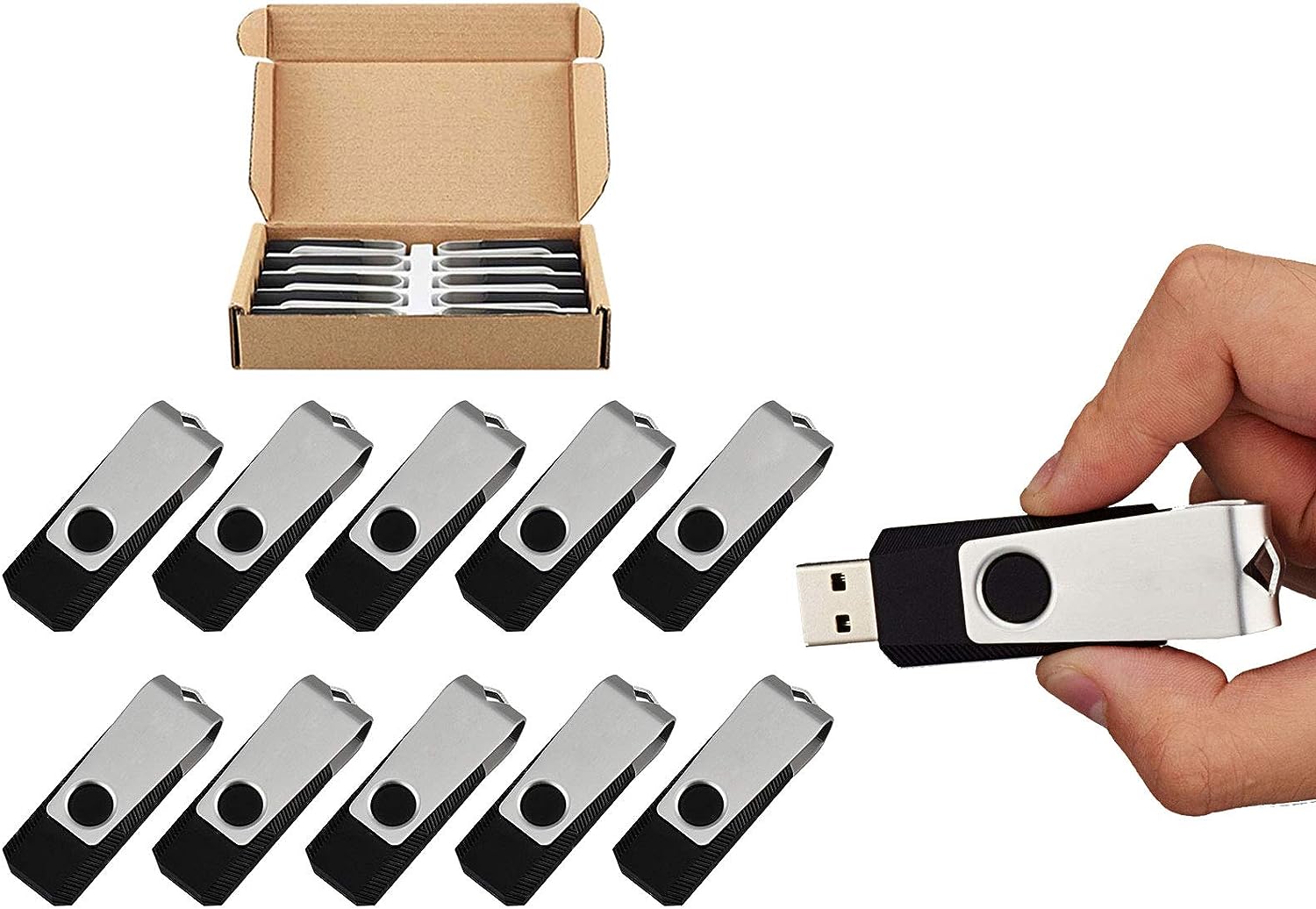 Plug and work - No need to install any software.

LED Indicator - This USB flash memory has a light that flashes when uploading / downloading files to it.

Capacity- Each storage device has a reserved memory for fomatting and other functions. about 90%- 92% of listed capacity

The USB flash drives are unbranded, you can print your logo on the swivel cap by yourself.