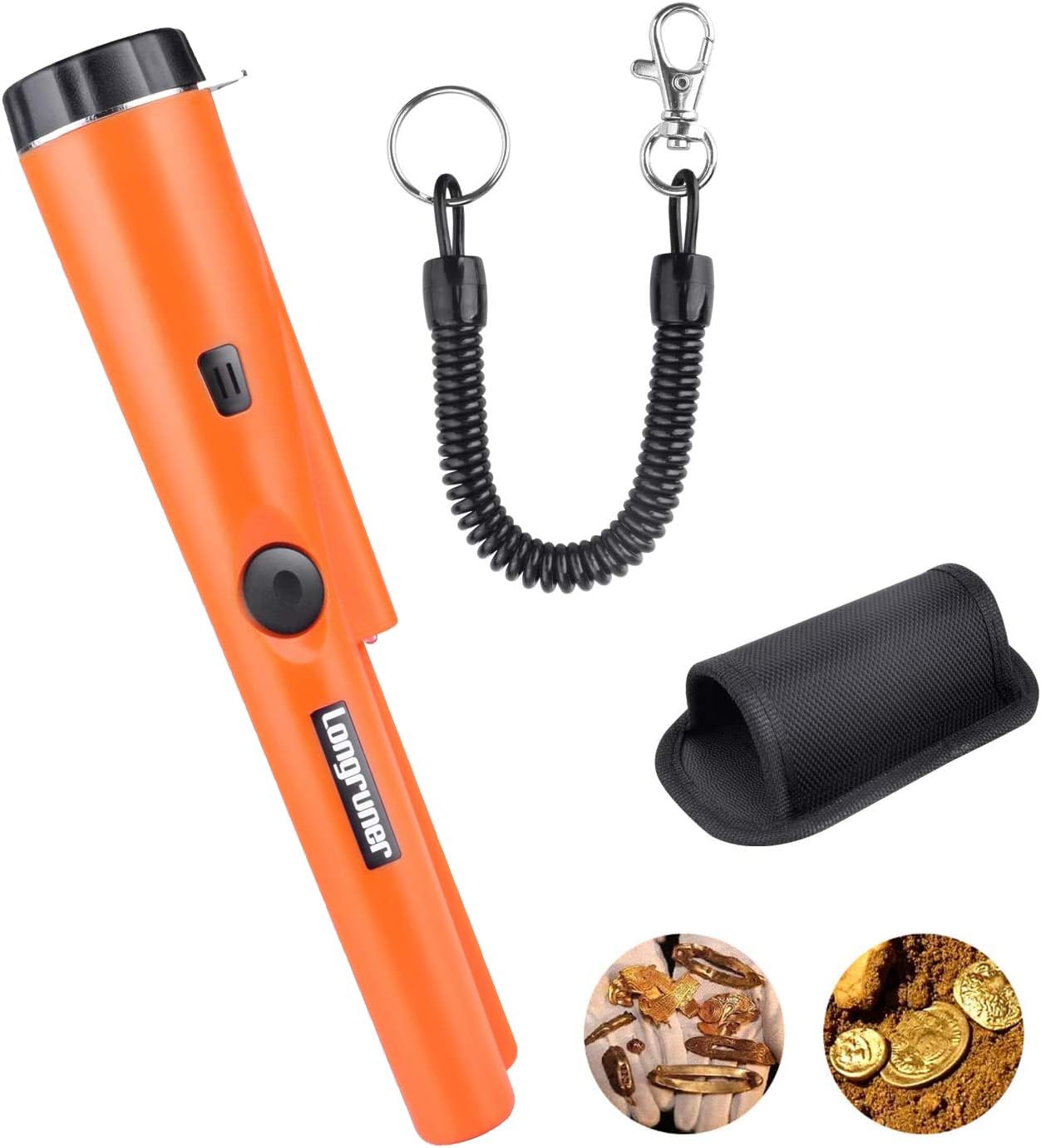 Longruner latest pin-pointer metal detactor will help you speed the treasure locating. Save your time on digging. It indicates the metal object by variable frequency alarm.